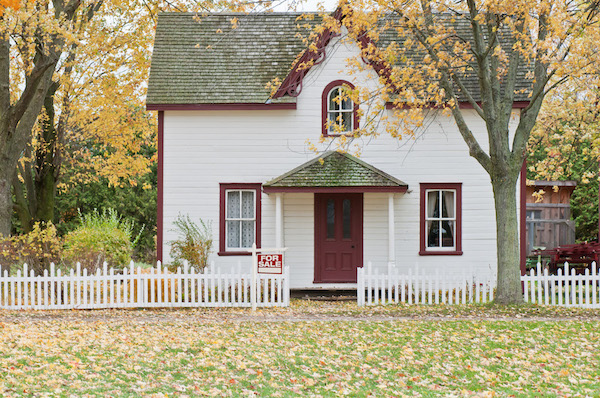 Photo by Scott Webb via Unsplash

Climate Change as a Growing Factor in the Decision to Relocate

We’ve seen a big shift in moving trends this year—whether families are looking for more space to spread out, floor plans better-suited for remote work, or simply taking advantage of historically low mortgage rates. As if those weren’t reason enough to at least start looking at property listings, many people have become more serious about how climate change may impact their quality of life.

This phenomenon is called climate migration, and it’s been the subject of several studies over the last few decades. This year’s unpredictable dry weather paired with what seems like a never-ending series of wildfires has more people seriously considering a move, even if they had been putting it off for a while. One resident in the Bay Area was quoted on Palo Alto Online saying, “The facts were clear and increasingly foreboding. Yet there were so many intangibles—a love of nature, the busy pace of life, the high cost of moving—that conspired to keep us from leaving.” Today, unsafe air quality, closed recreational areas, and predictions for more flooding in coastal cities have residents questioning whether to stay or go… And this could lead to an influx of relocations over the next 5 to 10 years.

Pay Cuts Could Have Some Workers Rethinking a Big Move

Moving out of a major metropolitan area can mean a substantial change in cost-of-living, but this is often met with an equally substantial change in wages. Depending on the cities and career choices, a new study highlighted in USA Today suggests employees (particularly in certain healthcare fields) could face a pay cut as high as 30%.

This could impact the moving industry in a handful of ways going forward: One outcome is that more people may be inclined to stay where they are (for now at least). On the other hand, those chasing a lower cost of living may find themselves relocating more than once as they try to find the right balance between housing costs and take-home pay. Glassdoor Chief Economist Andrew Chamberlain predicts, “We are going to see a lot of experimentation in the next year for what works and what doesn’t work in remote work and (compensation).”

The cost of buying a home is still one of the biggest barriers to owning a home, but one of the tax plans proposed by Democratic presidential candidate Joe Biden could change that. The plan is called the First Down Payment Tax Credit and, if passed, it could make homeownership more accessible to thousands of Americans. This plan would allow a tax deduction of up to $15,000 for first-time homebuyers.

Is it possible that this could lead to a sudden surge in new homeowners joining the market? Some experts aren’t so sure. Today’s housing market is still very competitive, so even if this tax credit is enacted, it could take some time before any big changes take place. However, businesses that work with homeowners may benefit from keeping track of this legislation. Now could be a good time to start building out realtor networks for future referrals.

A Redfin survey in October revealed more respondents are hesitant to relocate to a community where they’d be seen as an outsider. Participants were asked a series of questions ranging from political beliefs to religious practices and how that could impact where they may choose to relocate. The results were compared to a similar survey conducted earlier this year during spring.

New survey findings showed 42% of participants said they “would be hesitant to move to an area where most people have political views different from their own”—this is a significant increase from the previous report of 32%. It’s unclear whether these findings will have any tangible effects on future homebuyer and relocation trends, but it does have many experts paying closer attention to driving factors behind the decision to move.

Some Businesses Are Relocating to Accommodate for COVID-19

Homeowners aren’t the only group looking to relocate in 2020—many businesses have had to rethink their office spaces, too. While different metro areas will likely experience this shift in different ways, the commercial real estate market is starting to see new patterns unfolding as more workers start transitioning back to in-person and hybrid models.

An interview in Crain’s New York highlights some of the most important qualities for a post-quarantine work environment. While proximity to home is still a top priority for many employees, businesses are also looking at campus-style developments that make it convenient for employees to stay at one location and reduce the need to travel far for errands, meals, and meetings throughout the day. More companies may start opting for new office locations to accommodate a growing number of employees returning to in-person workdays.

Never miss out on industry trends and mover marketing tips by signing up for our monthly newsletter.